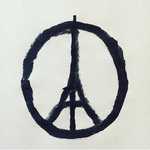 B lymphocytes augment the immune response by producing antibodies and activating T cells by antigen presentation.

Recent studies have highlighted a specific and functionally significant B-cell subset that could downregulate excessive immune and inflammatory responses through a vast array of inhibitory cytokines, such as interleukin (IL)-10 and transforming growth factor-β (TGF-β).

This subset of B cells is generally referred to as regulatory B cells (Bregs). In addition, recent studies have shown that IL-35-producing Bregs also play a role in downregulation of immunity.

Diverse phenotypes of Bregs have been proposed to underlie human disorders and their animal models. Most studies have focused on the role of different subsets of Bregs and Bregs-associated molecules such as IL-10, TGF-β, and IL-35 in the pathogenesis of neuroimmunologic disorders. Furthermore, Bregs exert regulatory function mainly through suppressing the differentiation of Th1/Th17 cells and promoting regulatory T-cell expansion.
Reduced presence of Bregs is reportedly associated with progression of several neuroimmunologic disorders.

This Review summarizes the current knowledge on the role of Bregs in neuroimmunologic disorders, including multiple sclerosis, neuromyelitis optica, and myasthenia gravis.